Delivering effective drugs to cancerous cells while protecting the surrounding, healthy cells has presented one of the most significant obstacles in the journey to develop treatments for the disease. Recently, however, researchers have discovered an intriguing characteristic of numerous types of bacteria—from E. coli to the beneficial probiotics found in yogurt. These microorganisms are irresistibly drawn to tumor microenvironments, where an abundance of nutrients—not to mention the body’s compromised immune system—can be found.

Dr. Sangeeta Bhatia hypothesizes that it is possible to “rewire” bacteria to deliver therapeutic payloads directly to cancerous cells. Her research group has already made tremendous strides in the development of nanoparticles that convert light to heat, facilitating the imaging or killing of tumors. This class of “programmable probiotics” could radically transform the field of cancer treatment and open the door to previously inconceivable methods of battling this disease.

Attempts to treat cancer with bacteria reach back to as early as the late 19th century. Attenuated strains of E. coli and S. typhimurium have shown some promise for their ability to home in on tumors, trigger an increased immune response, and compete with cancer cells for nutrients. But the majority of efforts to date have not resulted in especially precise or targeted treatments, and naturally, the risk of live bacterial infection remains a worrying possibility.

The Bose grant has allowed us to explore how nanotechnology may synergize with the field of synthetic biology in an unusually open-ended way.” 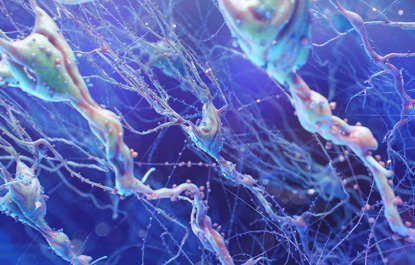 While the idea of “infecting” already-sick cancer patients with new bacteria may sound counterintuitive, using the principles of nanotechnology to program bacterial minicells to attack cancer could prove a radical development with wide-ranging implications across the medical field. Based on her previous research, Dr. Bhatia is poised to make significant contributions not only to the treatment of cancer, but also to its detection—and potentially to the detection of other diseases as well.

Hope for cancer treatment in a spoonful of yogurt

With the support of the Bose Research Grant, Dr. Bhatia and her team have made exceptional strides on two related fronts. The team has developed an effective detection system for liver cancers using a harmless strain of E. coli, which can flag tumors as small as 1 square millimeter. The bacteria can be administered orally—much like the beneficial probiotics in yogurt—and gravitate to the liver due to the unique structures connecting the digestive tract and the liver. When the specially engineered bacteria encounter cancerous tumors, they release luciferase—an enzyme normally produced by fireflies that can generate light in a chemical reaction—which doctors would instead detect in the patient’s urine.

In 2016, Dr. Bhatia’s team built on this work to successfully produce bacteria programmed to destroy liver cancer cells. The bacteria’s artificial genetic circuits are programmed to kill cancerous cells using three distinct methods: the release of hemolysin, a protein that damages cancer cell membranes, a drug that causes the cell to self-destruct, and a protein that stimulates the body’s immune system to attack the tumor cells. Used in combination with traditional chemotherapy drugs, these treatments showed a dramatic reduction in tumor size in mice, painting a highly promising picture for the future of bacteria-powered cancer treatments.