Bringing the accelerator to the mountain

As a particle physicist, Professor Janet Conrad has spent nearly her entire career investigating neutrinos. These unimaginably small elementary particles are exceptionally difficult to study. They are everywhere, but their interactions are both extremely weak and difficult to detect. In the time it takes you to read this paragraph, trillions of neutrinos will pass through you—yet only a single neutrino is likely to interact with your body over your entire lifetime.

Because neutrinos are so slippery, the only way physicists have been able to detect and study them has been by casting a wide net in the form of massive detectors more than 10 stories tall, which are housed inside mountains to protect them from cosmic background radiation. Researchers then bombard these detectors with particles created by accelerators, like the one built by Fermilab in Illinois, that are immense, and often must be located hundreds of miles away. Unfortunately for physicists like Dr. Conrad, who is interested in the way that neutrinos change as they travel through space, there’s no way to move these giant installations closer together or farther apart to see what effect distance has on neutrino behavior.

Dr. Conrad aims to solve that problem by creating a new neutrino source. While modern high-energy accelerators rely on particle race-tracks with diameters measured by the kilometer, she conceived of using a different type of accelerator known as a cyclotron, which whips particles up to speed in a spiral—and more important, is only a dozen meters across. This hypothetical technology would be much more flexible and cost-effective than existing large-scale facilities.

What’s that particle physicist doing with my accelerator?

Cyclotrons, the most powerful form of particle accelerator prior to the 1950s, are still widely used to produce lower-energy particle beams. Dr. Conrad imagines ramping up their capabilities to produce sufficiently energetic neutrinos for her experiments. Her concept was initially met with skepticism. The scientific community had reached implicit consensus regarding the technical limits of the cyclotron long ago, even though technological advancements had created the potential for new uses of the device. Because Dr. Conrad’s background is in particle physics rather than accelerator physics, it was difficult to convince funding organizations to invest in a project that was regarded as controversial within the accelerator community.

The fact that the science remains untested is part of the reason why Dr. Conrad is so determined to test it. “Other scientists were using back-of-the-envelope calculations to explain why this idea wouldn’t work,” she explains. “Our team would respond with an involved analysis showing that our premise can’t be proved—or disproved—with such a calculation. You need to create the full-blown simulation or conduct the experiment to prove whether or not the idea is viable. And we believe it is.”

Thanks to the Bose Fellows Program, I’ve had the chance to challenge that truism by exploring the potential of a better accelerator.” 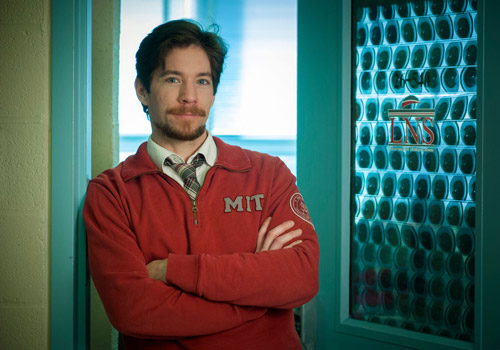 New insights into the fundamental laws of nature

A stronger understanding of neutrinos would significantly inform the Standard Model of physics, our best understanding of the forces and particles that govern and compose our reality. Dr. Conrad sees her research as an important step toward achieving that level of deep insight: an innovative bit of applied research in the service of basic research that has the potential to confirm—or change—some of our most fundamental ideas about the universe.

A functioning prototype and the funding to continue

During her time as a Bose Fellow, Dr. Conrad conducted a number of analytical experiments and simulations that probed the feasibility of cyclotron technology. In turn, her team partnered with a cyclotron producer to build proof-of-concept prototypes of portions of the machine. In addition to producing neutrinos, they are also able to use their machine to create elemental isotopes for medical applications; the sale of these isotopes could help defray future research costs as they work to refine their technology.

Dr. Conrad remains enthusiastic about the potential for cyclotron accelerators to revolutionize neutrino studies. She says, “Once we make one, the cost goes down by a factor of two. I think every large detector is going to want to have one. We already have a list of people who are interested.” Her team recently received a Major Research Infrastructure grant to continue their research.