A light source powered by heat

LED and other forms of high-efficiency lighting have become increasingly prevalent in recent years. Dr. Rajeev Ram thinks we can do even better. By developing LED technology that absorbs heat from the surrounding air, Dr. Ram believes he can reach unmatched efficiency levels, as measured by the ratio of electricity used to the light produced.

In 2002, his team at MIT established the concept of thermal pumping—whereby electrons are able to use heat to increase an electrical current—which provided the framework for their current approach. “We have already demonstrated that it is possible to absorb ambient heat to power certain LEDs,” he says, “but we have only achieved these efficiencies for infrared light at very low powers.” He and his team hope to create functional lighting sources that use the same principle to operate at or above 100 percent efficiency—a seemingly outlandish achievement. “An initial reaction might be to claim that greater than 100 percent efficiency violates the conservation of energy, but this argument neglects that heat can be an input providing additional energy.” 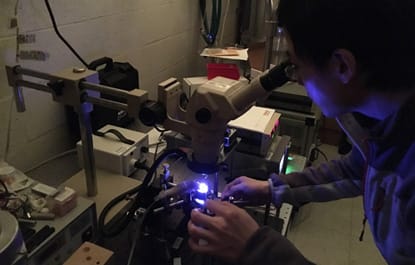 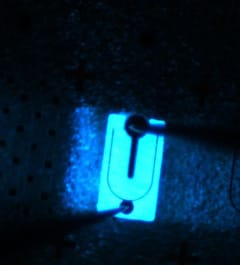 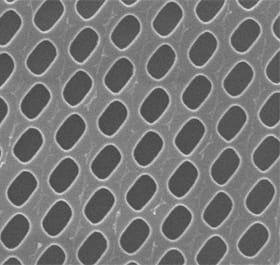 A competitive landscape unready for disruption

Dr. Ram’s research has the power to revolutionize the lighting industry, but it’s still in a very nascent stage and its success is far from guaranteed. For that reason, traditional public funders under pressure to demonstrate short-term returns on their investment hesitate to commit substantial support. Similarly, private industry stands to benefit from his work, but corporations can ill afford to devote their resources to the ambitious goal of 100 percent efficiency when they are currently engaged in a race with one another to increase efficiency by a few percentage points at a time.

His work to date has been supported “through students winning graduate fellowships, through collaborators providing materials pro bono, and through discretionary funds from teaching prizes.” The Bose Research Grant Program will enable him to finally bring his full resources to bear on this complex problem.

My entire adult life, I’ve thought about the problem of 100 percent efficient lighting—but I’ve never had the funding to really devote myself to solving it. Thanks to the Bose Research Grant, I can pursue this lifelong ambition.” 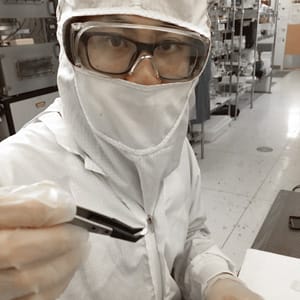 Let there be light

The power used to light homes and businesses constitutes nearly one fifth of all the electricity consumed in the United States each year. Increasing the efficiency of lighting sources could dramatically reduce this energy and environmental footprint. Dr. Ram’s research into thermal pumps could also lead to other innovative microelectronics that use energy from ambient heat as an input.

Shining a light on new possibilities

The Bose Fellows grant enabled Dr. Ram and his team to substantially expand their experimental capabilities. Shuji Nakamura, winner of the Nobel Prize for the development of the blue LED, provided a lightbulb of an appropriate internal design that enabled the team to successfully measure heat absorption from the environment in a blue LED emitting visible light. This proved it was possible for high-efficiency LEDs to use heat as an energy source.

Dr. Ram’s findings have been widely cited and have effected a shift in thinking throughout the scientific community and the lightbulb industry. Today, the most efficient commercially produced LED uses environmental heat as a portion of its energy input. “We were able to show that was possible,” Dr. Ram explains. “Now others have taken that idea and started to run with it.”

In addition, Dr. Ram and his team are now working to develop precise methods of measuring the changes in temperature necessary for a lightbulb to effectively absorb heat from the surrounding environment. “The Bose fellowship allows you to keep pulling on threads and see where they lead you,” he says. “When we started, we weren’t sure this would even be feasible, which is a level of risk that we could never have assumed with a typical grant. That’s why this kind of funding is so essential.”