Climate change and its many related effects—including drought, floods, and storms—take a toll on agricultural production. We need to diversify our food supply to ensure that we can continue to feed the world. This has prompted Dr. Mary Gehring to start to focus some of her research efforts on orphan crops. “An orphan crop is one that is grown chiefly by subsistence farmers on marginal lands in various parts of the world,” she says. “Although not staple crops like corn or rice, orphan crops are often high in nutrients and resistant to stresses like drought and pathogens. This makes them appealing as a potential food source on a larger scale, but they haven’t been studied much molecularly.”

The specific crops that Dr. Gehring plans to study are Camelina sativa (C. sativa), also known as false flax, and Cajanus cajan, better known as pigeon pea. Work in her lab and elsewhere over the last several years has shown that epigenetics—heritable changes in gene expression not encoded in an organism’s DNA sequence—controls key aspects of seed development. Using DNA demethylation, Dr. Gehring hopes to be able to optimize certain seed traits (such as size, or oil or protein content) that could make orphan crops a viable global food source.

Dr. Gehring’s project encompasses a number of complex steps: collecting a wide range of seeds from different species and growing them under similar conditions; profiling gene expression to understand the diversity of phenotypes already present in the population; performing genomic editing to produce new hybrids with traits of interest; and stabilizing those traits by making plants that create seeds without having to undergo the genetic disruption of meiosis and fertilization.

Dr. Norman Borlaug, who won a Nobel Prize in 1970 for his work in addressing world food insecurity, inspired me to go to graduate school, and now is the time for me to apply my skills to help avert the next food crisis.” 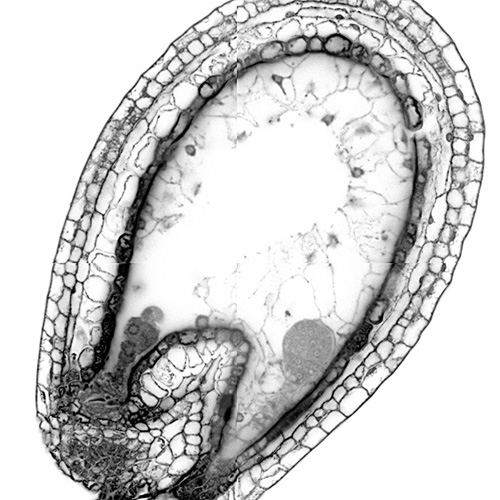 Orphan crops by definition receive little research funding. In fact, plant research in general is woefully underfunded and federal investment remains stagnate or declining. As a result, there isn’t a lot of prior research in this specific area to build on. “A key challenge is applying molecular biology to understudied species,” Dr. Gehring says. “And given the life cycle of plants, it’s impossible to predict how long it may take to see results. But the work must begin because we are already behind. We don’t have time to wait.”

Seeds are the source of almost 70 percent of the calories consumed by humans worldwide and are a critical source of oil for cooking, biofuels, and industrial applications. Proving the viability of orphan crops could have many ripples of positive impact. Subsistence farmers will earn more money from their harvests. With land use issues affecting food production worldwide, the ability to grow marketable crops on marginal lands will benefit the entire farming industry. And a healthy food supply that is resistant to the deleterious effects of climate change will help to feed the growing world population for many years to come.