From science fiction to scientific fact

Inspiration, innovation, and invention come from diverse sources. Infrequently cited among them are works of fiction, yet there are numerous accounts of literature providing the creative spark for technologies that we use today. For example, Mary Shelley’s Frankenstein details the use of electricity to animate a lifeless creature. Shelley was aware of experiments in galvanism (electrical resuscitation) and her novel popularized those efforts, which much later led to the invention of the defibrillator. The submarine Nautilus described by Jules Verne in Twenty Thousand Leagues Under the Sea more accurately resembles modern submersible vessels than the primitive submarines of his day. And Sir Tim Berners-Lee counts among his inspirations for inventing the World Wide Web a short story by Arthur C. Clarke called “Dial F for Frankenstein.”

Dr. Sandy Alexandre intends to take an intentional approach to drawing inspiration from literature—one that involves drawing on numerous works of speculative fiction, including science-fiction and fantasy novels from years gone by, to benefit inventors and aspiring inventors for years to come. “The origin stories of scientific research projects often come from actual stories already published,” she says. “We intend to build a prototype of an invention that directly cites a work of literature as the main source of inspiration.”

First, Dr. Alexandre will recruit a diverse group of undergraduate students to read an as-yet-unidentified number of science fiction and fantasy novels from around the world and document in words and drawings every invention described therein. That list will then be refined to include only those technologies that match five key criteria: they must be feasible, ethical, worthwhile, useful, and necessary. From this database of innovative ideas—which will be made public to inventors globally—one invention will be selected to be prototyped.

To change the world for the better we have to be discerning about the things we bring into it. We’re not interested in inventing for inventing’s sake. We have to keep that sense of purpose in mind as we whittle down from a long list of possibilities offered up to us by these works of speculative fiction.” 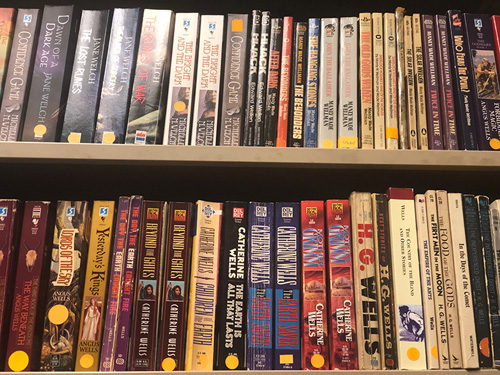 Dr. Alexandre is a scholar of 19th- and 20th-century American literature, but science fiction and fantasy are not genres that she typically focuses on in her research. Therefore, she will rely on collaborations with colleagues who teach courses in science fiction—as well as members of MIT’s Science Fiction Society—to recommend books and enlist student readers. “I want to orchestrate a fruitful and enduring collaboration between Literature and STEM,” she says. “Unfortunately, the funding sources that I have access to as a literary studies scholar are limited to grants and fellowships that support research projects culminating in either a journal article or a book. The Bose Research Grant is the only funding avenue I have encountered that would allow me to think both inside and outside the book, as it were—to go from a thought experiment to a lab experiment.”

Collaborating across borders and boundaries

Dr. Alexandre is hoping to put Literature and Humanities on the STEM innovation map and in the STEM lexicon. “The literary imagination is inventive, and for far too long scientists and engineers have consciously and subconsciously mined it precisely because of that attribute—but with insufficient acknowledgment of that debt. This project wants to rectify that inconsistency by making a very deliberate and very public attempt to pair an imaginary invention with the real-life inventors who can invent it.” The invention database will endure as a repository of inspiration for inventors in the future and as a reminder to us all about the abundant supply of nuanced, thoughtful, and prescient STEM ideas stored in works of literature.