Turning a deadly disease into a life-saving tool

Engineered microbes are a recent and promising medical innovation. They can continually create therapeutic medicines over long periods directly within the body of the patient, circumventing the need for patients to receive complex or repetitive treatments. But they have one significant disadvantage: They are currently limited to specific regions of the body, and the medicines they produce have a hard time traveling in the bloodstream. Dr. Jacquin Niles has a bold idea for how to overcome this impediment with the help of the microbe that causes malaria.

Once a person is infected, malaria-causing parasites naturally reside and replicate within their circulatory system without being destroyed by the immune system—a remarkable accomplishment of evolution and the reason malaria is such a pernicious disease. Dr. Niles saw this as a source of inspiration: If an engineered microbe could safely reside within the circulatory system, it would be able to travel throughout the body, delivering its therapeutic payload wherever needed. With support from the Bose Fellows Grant, he plans to develop an engineered version of the malarial microbe that maintains its ability to persist in the circulatory system, but that will produce therapeutic medicines instead of illness. In doing so, he believes he can transform our perspective of this microbe from parasitic foe to life-saving friend.

We just want to get rid of it

Malaria adversely impacts millions each year, making it a significant global health challenge. As such, most funding schemes emphasize the crucial goal of eradicating the disease, which is well aligned with the objectives of many research projects in Dr. Niles’ lab. However, Dr. Niles also desires to learn from and take advantage of the biology of the organism that causes malaria in order to create a new platform for drug delivery. This approach challenges conventional wisdom, and therefore, exists outside conventional funding streams.

With the support of the Bose Fellows Grant, I believe this paradigm shift will enable transformative opportunities for engineering therapeutic solutions.” 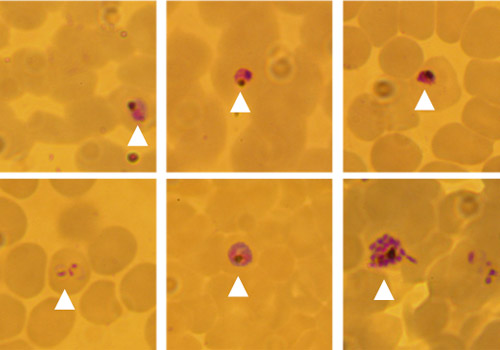 Using the malarial microbe as a delivery mechanism will allow us to deploy therapeutic medicines to previously inaccessible regions of the body. Dr. Niles hopes it will change our fundamental understanding of malaria, reclassifying the relationship as mutualistic rather than parasitic. The implications for this technology are wide-ranging—he foresees that it could support the treatment of everything from cancer and diabetes to metabolic disorders. Of his project’s potential, Dr. Niles says, “We expect to lay a solid foundation for advancing our concept into the scientific mainstream where support from traditional funding sources is more likely to follow.”

His research will also provide insight into clinical immunity, a condition in which the body is protected from the symptoms of a disease despite the continued presence of the causative agent. Clinical immunity often presents in those who have suffered multiple malaria episodes. Dr. Niles and his team will need to seek ways to induce this protective state while bypassing symptomatic malaria, allowing people who have never suffered the illness to benefit from this approach.

Opening up pathways and making strides

Over the three-year Bose Fellows grant period, Dr. Niles’ team made strides toward achieving their ultimate goal. “We have focused on understanding which biochemical processes can be successfully introduced into the malarial parasite to benefit treating human disease,” he says. “For example, there are metabolic disorders in which people lack certain enzymes. This can lead to the accumulation of toxic intermediates. We have been exploring whether our genetic approaches allow us to express enzymes within the parasite that can transform these substances into inactive or useful ones.”

Dr. Niles’ team has also been investigating ways to selectively turn pathways within the parasite on and off to control the expression of therapeutic payloads, as well as prevent the expression of potentially harmful malaria genes. The goal is to activate specific pathways only when needed. He explains, “While directly relevant to the Bose project goals, the ramifications of this work extend to understanding basic aspects of malaria biology that could aid discovery of new therapeutic approaches to combat malaria.”

Without the Bose Fellows grant, this progress would not have been possible. “In the past,” says Dr. Niles, “traditional funding sources would have considered our approach too risky. The Bose grant allowed us to pursue our ideas—no matter how risky they seemed—and now we have preliminary data to more confidently approach other funding sources. The Bose Fellows community also proves there is value in seeing problems in a different and sometimes unconventional light, and this has reinforced our motivation to continue striving forward with this project.”