The pursuit of new physics

The Standard Model of particle physics is a remarkably accurate framework for identifying and understanding the elements that make up the universe. And yet it is incomplete. According to Dr. Or Hen, “For all its brilliance, the Standard Model does not account for dark matter and other phenomena. There is still a need to look for new physics.” And indeed the search continues, typically involving gargantuan particle accelerators (like the Large Hadron Collider at CERN), which smash particles together at extremely high energies in the hope of producing never-before-seen particles. While proven successful in the past, this effort is quite slow and very expensive.

Dr. Hen, however, has conceived a low-energy, high-precision method to search for new particles and interactions from the comfort of his own lab—and potentially do it much more quickly and affordably than traditional methods. He and his collaborators named this solution OLIVIA (Optical Lithium V-minus-A), which describes the element he is using and the vector-minus-axial theory describing the interaction of atoms with weak nuclear forces. Specifically, the OLIVIA experiment will study the nuclear beta-decay process of a low-energy Lithium isotope (8Li) using a modified optical time-projection chamber. With high-precision measurement capabilities, the smallest deviation from an expected reaction can be further explored to see if it is indeed a new particle. “The first hurdle is noting the deviation,” he says. “Then we can try to define it.”

Observing deviations from the predictions of the standard model of particle physics would revolutionize our understanding of the universe in terms of its fundamental building blocks and their interaction.” 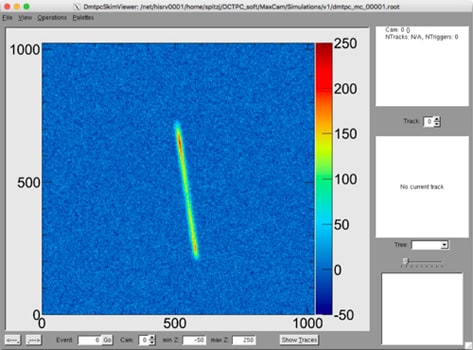 While Dr. Hen is an experienced nuclear physicist, this is a new research area for him. Despite his passion for his research, his status as somewhat of an outsider in this specific field works against him when it comes to attracting funding. “Despite its small scale, affordable price, and high potential impact, OLIVIA has been rejected for funding from the United States-Israel Binational Science Foundation, the National Science Foundation, and the U.S. Department of Energy,” he says. There are technical challenges as well, such as developing a sustainable method of producing large quantities of 8Li and transporting it into the gas-filled chamber. Furthermore, he says, “No one knows for sure whether this can even be done, and if so, can we do it accurately enough? Simulations indicate that it is feasible, but only with proper funding can we run the experiment and see. Unfortunately, that’s not what traditional funders like to hear.” Fortunately, the Bose Fellows program is not a traditional funder.

A broader understanding of the universe

Searching for new particles and new interactions, beyond those defined by the Standard Model, is a key concern in modern particle physics. “We have this amazing theory that can explain everything we can measure,” says Dr. Hen, “but observation tells us there is still more to discover.” Dr. Hen’s innovation has the potential to lead to significantly more precise measurements and attain a much higher sensitivity to as-yet-undiscovered elements that exist in nature but have eluded our detection. “Finding a new particle would be an unbelievable achievement,” he says. “It would surely revolutionize our understanding of the universe in terms of its fundamental building blocks and their interactions. I’m very excited about taking this first step in a completely new research field.”