In addition to their familiar property of magnetic attraction and repulsion, certain magnets conduct electricity very efficiently—though they are not typically thought of in this technological context. While at the University of Tokyo, Dr. Joseph Checkelsky studied materials containing conventional magnetic elements such as iron and nickel to understand their potential in new electronic devices that harnessed this ability. At MIT, he started to pursue less conventional materials based on rare earth elements; while these are well known technologically for being powerful permanent magnets, and as important components for lighting and batteries, they have not been used extensively in electronic devices such as transistors or thermoelectrics.

Their high volatility in air makes rare earth elements impractical as conductors for these applications. But with the proper equipment, Dr. Checkelsky felt it could be possible to work with them in a form more suitable for such uses. “We believed they might be relevant to conducting, non-volatile memory, and transistor-type devices,” he says. Without the right machine, he would never know if his hypothesis was correct, so he applied to the Bose program for funds to construct an experimental apparatus that would enable him to gain an understanding of the electronic capabilities of rare earth compounds.

Dr. Checkelsy’s curiosity was in the overlapping ground between his native expertise in physics and his materials science experience in Japan. The orthodoxies on either side veered away from such studies. “From the perspective of materials science,” he says, “only relatively recently has the control of such materials been achieved, but the conventional wisdom is that they are too complex to integrate into transistor-type switching elements. From the perspective of physics, the complexity of these compounds and their capability to not only provide charge but also magnetism, heat, and collective behavior has been appreciated, but their volatility was thought to mitigate their usefulness. I felt that the intersection of these two disciplines—this ‘no man’s land’—could be an immensely fertile ground for discovery.” That said, there was no guarantee his machine would work—and if it did, there was no guarantee that the rare-earth-containing materials would prove useful. But it was a hunch and he was passionate about it, and that’s something Amar Bose would have appreciated.

I was looking for funds to build a piece of instrumentation, but typically, if it’s a big investment at the university level, it has to be a piece of equipment that has clear connections and benefits to a large number of scientists. But this was something unconventional I wanted to do, and it is exactly what Bose has allowed me to pursue.” 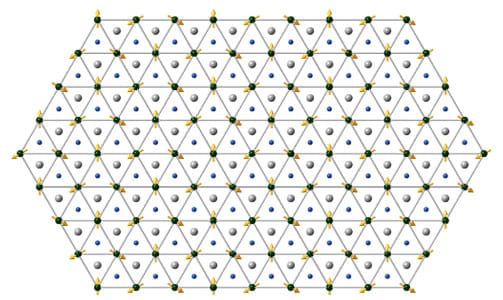 A new machine for a new age of inquiry

Studying these rare earth compounds requires the ability to grow highly crystalline “epitaxial” materials in a highly controlled manner. Epitaxy is the accumulation of a crystalline layer on a substrate and refers here to the ability to grow high-quality crystals at the atomic scale. A chamber for molecular beam epitaxy (MBE) is a common and powerful tool of materials science; Dr. Checkelsky required one that is customized to develop and study these new quantum materials. He designed an “assembly line” type apparatus that could make and test these compounds in atomic-thin layers without exposure to atmosphere to avoid their degradation. If the machine worked, Dr. Checkelsky hoped it would reveal that the strong magnetism associated with rare earth elements could provide electric control of magnetic behavior and new types of quantum electronic conductors at closer-to-real-world conditions than existing materials.

A happy accident—and a magnet for future collaborations

The machine worked. Dr. Checkelsky and his team began successfully producing ultra-thin compounds, then commenced studying the properties of the materials. They discovered these rare earth systems exhibited anti-ferromagnetism—meaning they aligned in a regular pattern with neighboring spins pointing in opposite directions—and could do so even when thin enough to be transparent. Dr. Checkelsky and his team learned how to control the physical properties of these materials, and realized they had the potential to enable faster and more efficient electronics than other conventional materials.

When Dr. Checkelsky began circulating his team’s research, he found the developments they had made had placed them in a new area—a field known as spintronics. “It was a happy accident. This field opened up right as we learned how to make these materials—materials no one else can currently make,” says Dr. Checkelsky. “In fact, we now have industrial partners who are interested in working with us to make an antiferromagnetic device. Bose provided us with the funding to pursue some esoteric and even crazy ideas, and now our project is illuminating rich possibilities for the future of digital devices and modern electronics.”